What is the origin of the potato? How did this magnificent, delicious food come to be? Peru, of course. It is believed that between 7,000 and 10,000 years ago the potato was domesticated in what is now Peru. The Inca people are famous for selective breeding, resulting in approximately 4,000 different types of potatoes. Moray is a well-known archeological site built and used by the Inca for agricultural experimentation. Here they learned which types of potatoes grew best in different climates and crossbred potatoes to make more resilient varieties. 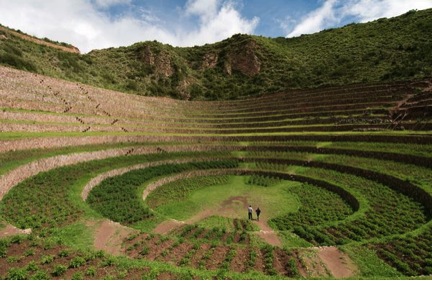 The potato was a staple food (and continues to be the fourth largest food crop in the world!) of the Inca. It also served medicinal purposes. Raw slices were fixed to broken bones, eaten to end a bellyache, and carried to prevent rheumatism.

In the 1530s, a group of Spaniards entered an Inca village and discovered a funny-looking vegetable inside all of the empty homes. Originally searching for gold and silver, they were saddened to come out empty-handed. Little did they know they found something much more precious – the potato. 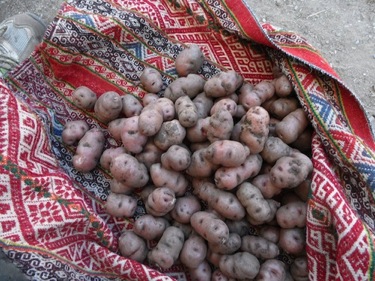 Sailors carrying melted gold and silver back to Spain brought the potato as food for the long journey. Shortly after arriving in their homeland, the potato was cultivated and used to feed the masses. They used it to strengthen their society, ultimately leading to the rise of the West. Historian William H. McNeill stated, “By feeding rapidly growing populations, [it] permitted a handful of European nations to assert dominion over most of the world between 1750 and 1950.”

What this basically means is that thanks to the potato, places such as McDonalds are possible today. I’ll take mine super sized. ~Cheryl

Our Philosophy: Adapting for Sustainability

What Does Ecological Agriculture Mean To You?: From Raul in Choquecancha

Our Philosophy: Taking A Stand Against Irresponsible Development Practices

The AASD is a registered U.S. 501(c)3, which means your donation is tax deductible. If you have any questions or concerns about the donation process, please email us at info@alianzaandina.org.

1. Select the monthly amount from the dropdown menu. 2. Click "Become a Friend of the AASD". 3. Follow the steps as directed by PayPal.
Our Philosophy: Taking A Stand Against Irresponsible Development Practices What Does Ecological Agriculture Mean to You?: Liz Birnbaum of EcoFarm
Scroll to top