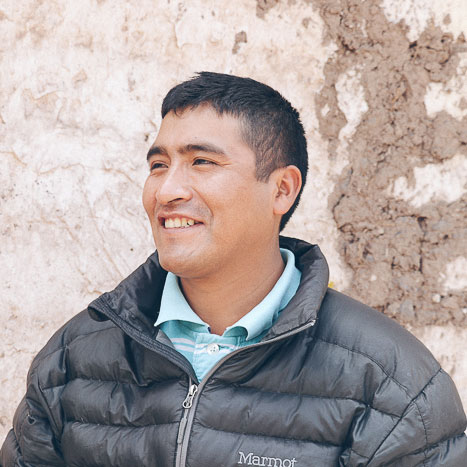 In 2006, Ruben received a scholarship from Universidad Agraria de Molina in Lima (Huerto) to study organic horticulture in the United States with the MESA program. In the United States, Ruben gained valuable experience in maintaining greenhouses, organic gardening, and marketing. In 2007, Ruben met Aaron in Choquecancha before his second MESA experience in the United States. In 2009, Aaron and Ruben reunited to discuss planning initial phases of the greenhouse project. In the early stages of the AASD, Ruben was involved with the agriculture projects. Ten years later, Ruben is now a representative on the board of members and continues to be involved in the AASD.